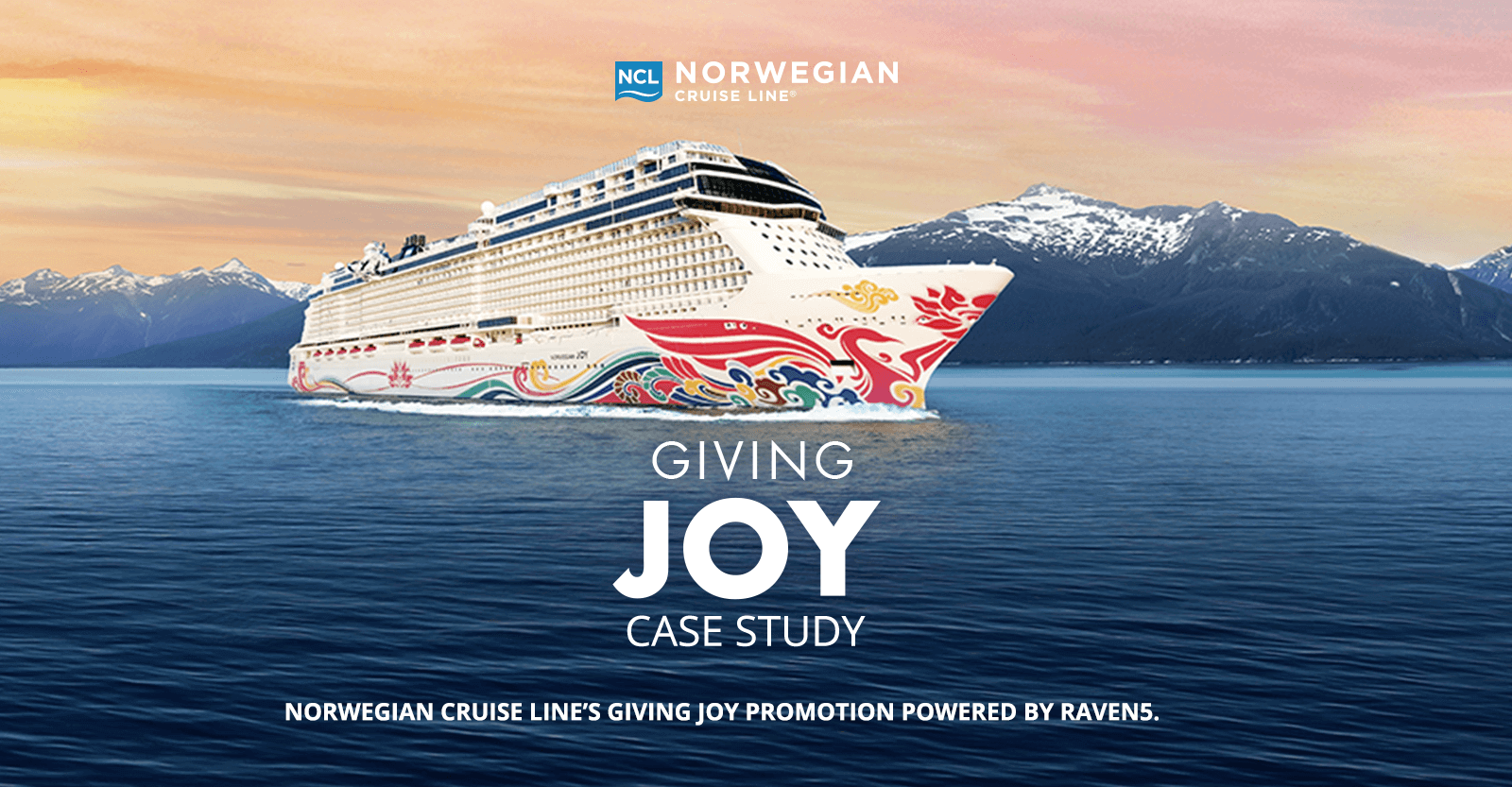 Project Overview:
A unique nomination-based contest launched by Norwegian Cruise Line to acknowledge and reward deserving teachers who go above and beyond for their students in the U.S. and Canada. The campaign was launched in advance of Teacher Appreciation Week (May 6-10, 2019) and the North American debut of the cruise line's 15th ship, Norwegian Joy. The company wanted to leverage the ship's heartwarming name for a compelling campaign that acknowledged and celebrated the intersection of travel and education

Objectives:
Increase media attention to the debut of 15th Cruise ship, Norwegian Joy in the U.S. Reward teachers across the U.S and Canada

Contest Prizing
The initial prize was to reward 15 teachers and their guests with a 7-day cruise of their choice, while providing one of the teachers’ schools with a $15,000 USD donation.

Prizing Increase, result of Great Response
The campaign was so successful, Norwegian Cruise Line responded by updating its contest, now rewarding 30 teachers with 30 gifts of joy. Additionally, the top three teachers’ schools would now receive $25,000, $15,000 and $10,000 respectively. All of the winners were flown out to the Norwegian Joy Gala on May 3, 2019 in Seattle to accept their prizes. Each of the the three grand prize winners’ school principals and superintendents were also invited to accept the grand prize donations. 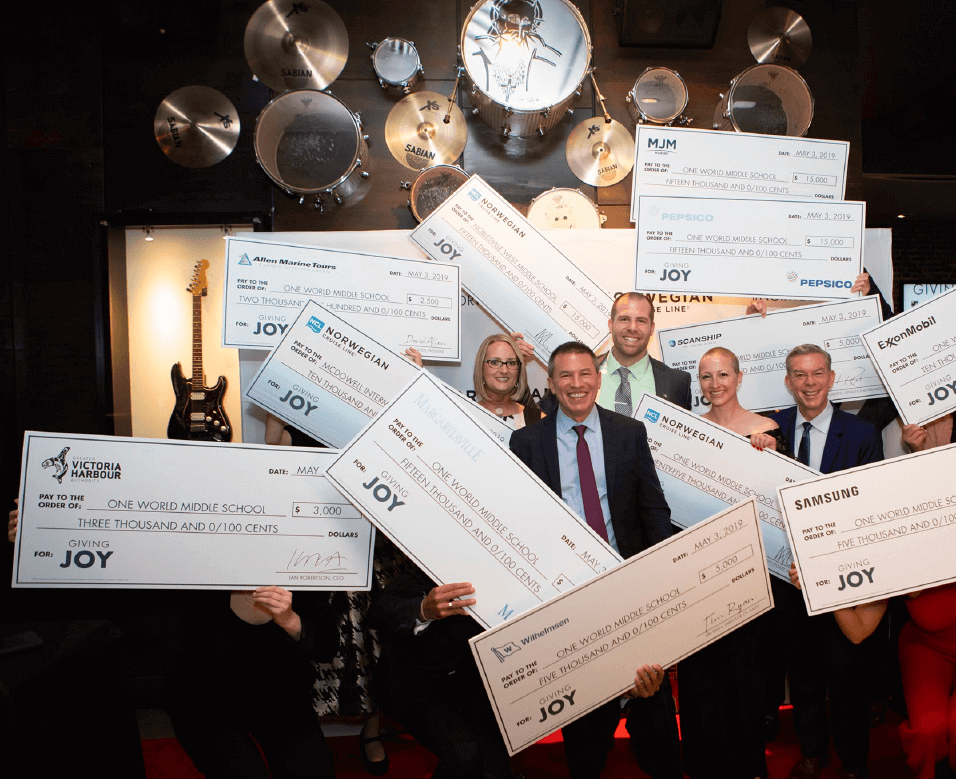 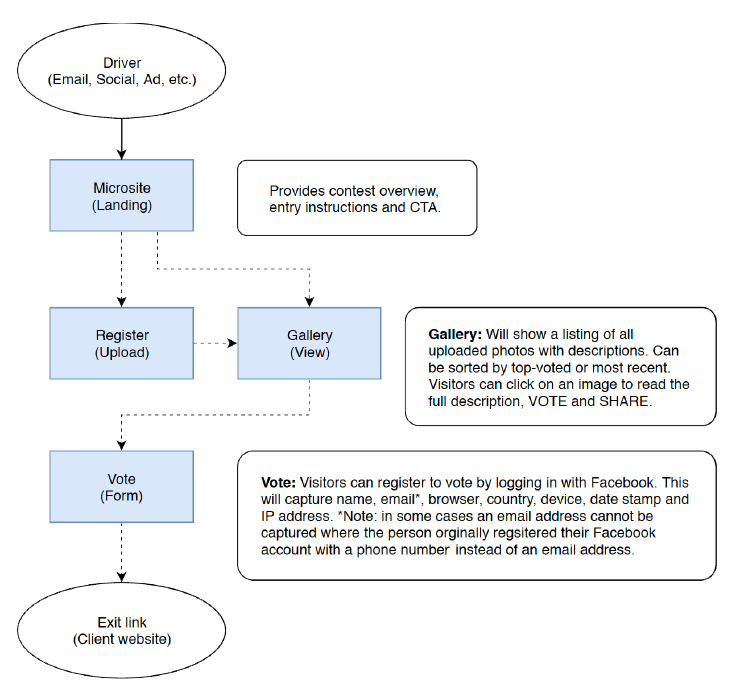 The Architecture
The platform allowed visitors to nominate or vote for a teacher they knew or themselves.

To Nominate :
To submit a nomination, visitors could click “Nominate a Teacher”, complete a form on the microsite with details of the person they are nominating, their picture and a 250 word reason for nominating along with details about nominator.
After completing the form, the entrant or the nominator could review their entry in the gallery and share it on social to gather votes or nominate another person.

To Vote:
The visitor/voter could click “Cast Your Vote” and register to vote by logging in with Facebook. This process captured name, email, browser, country, device, date stamp & IP address. *Email is not captured where a person is registered on Facebook using their phone number.
Visitors could search for entrants in the public gallery using first and/or last name of the nominated person using the search functionality. 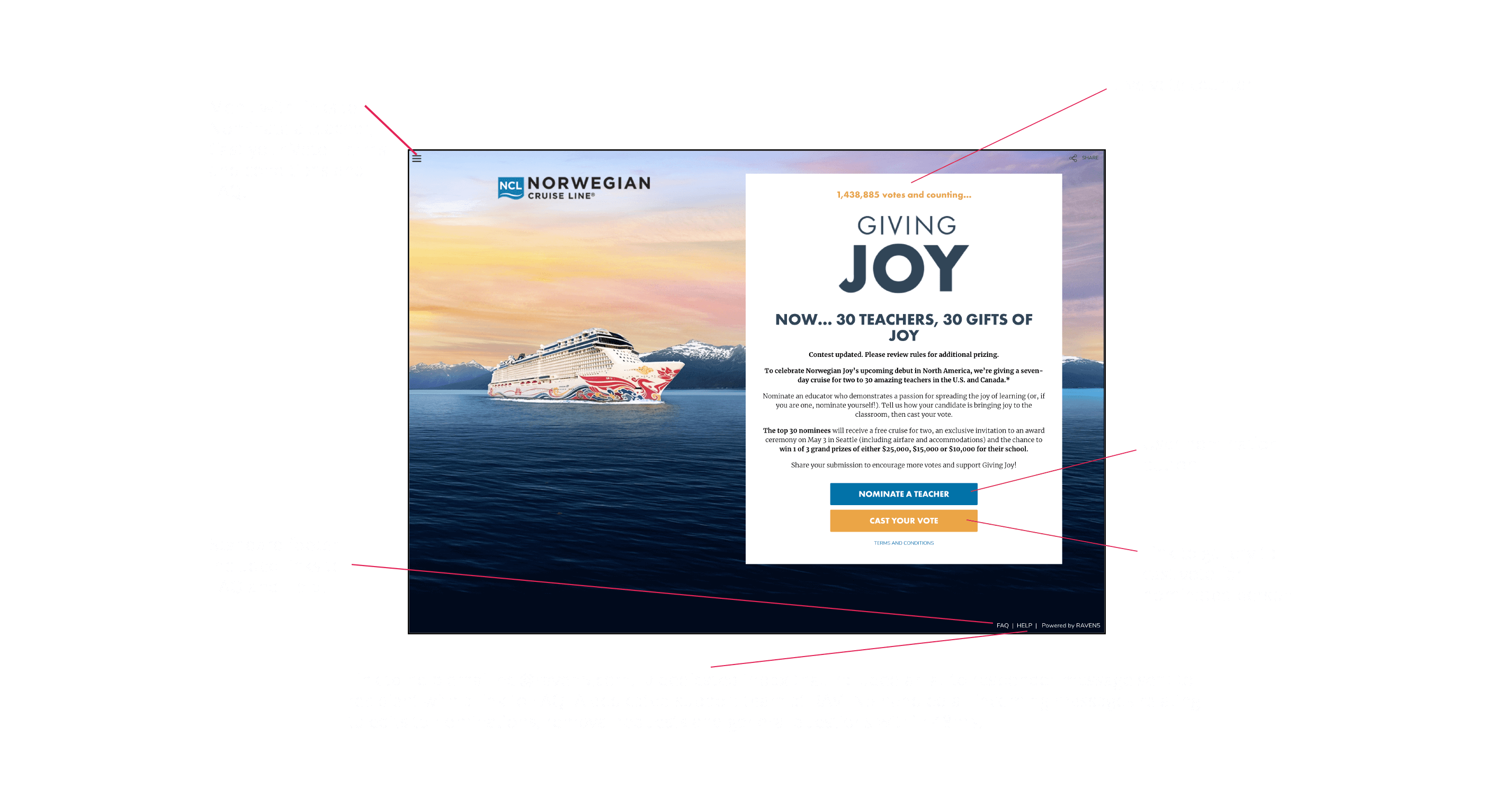 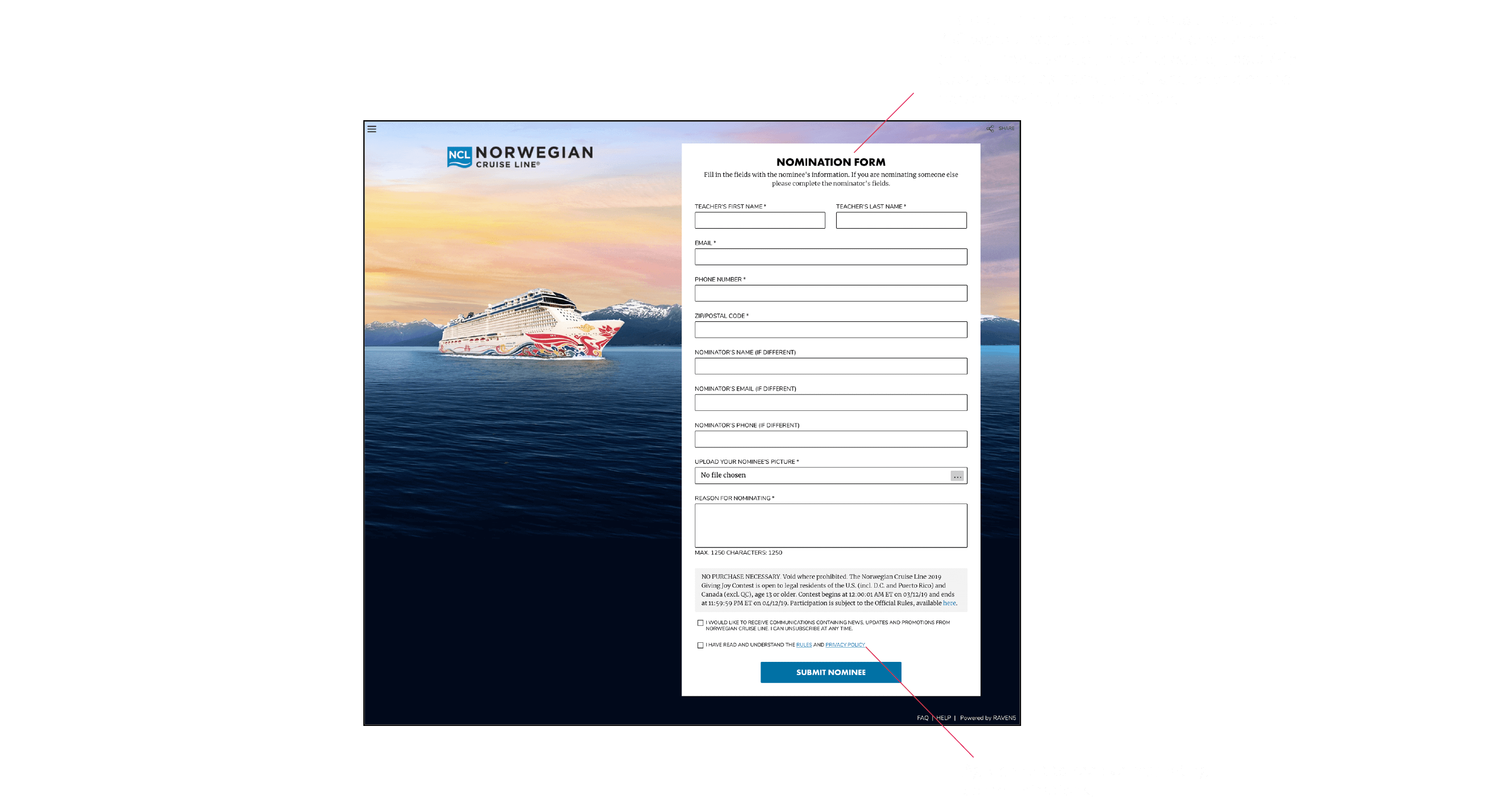 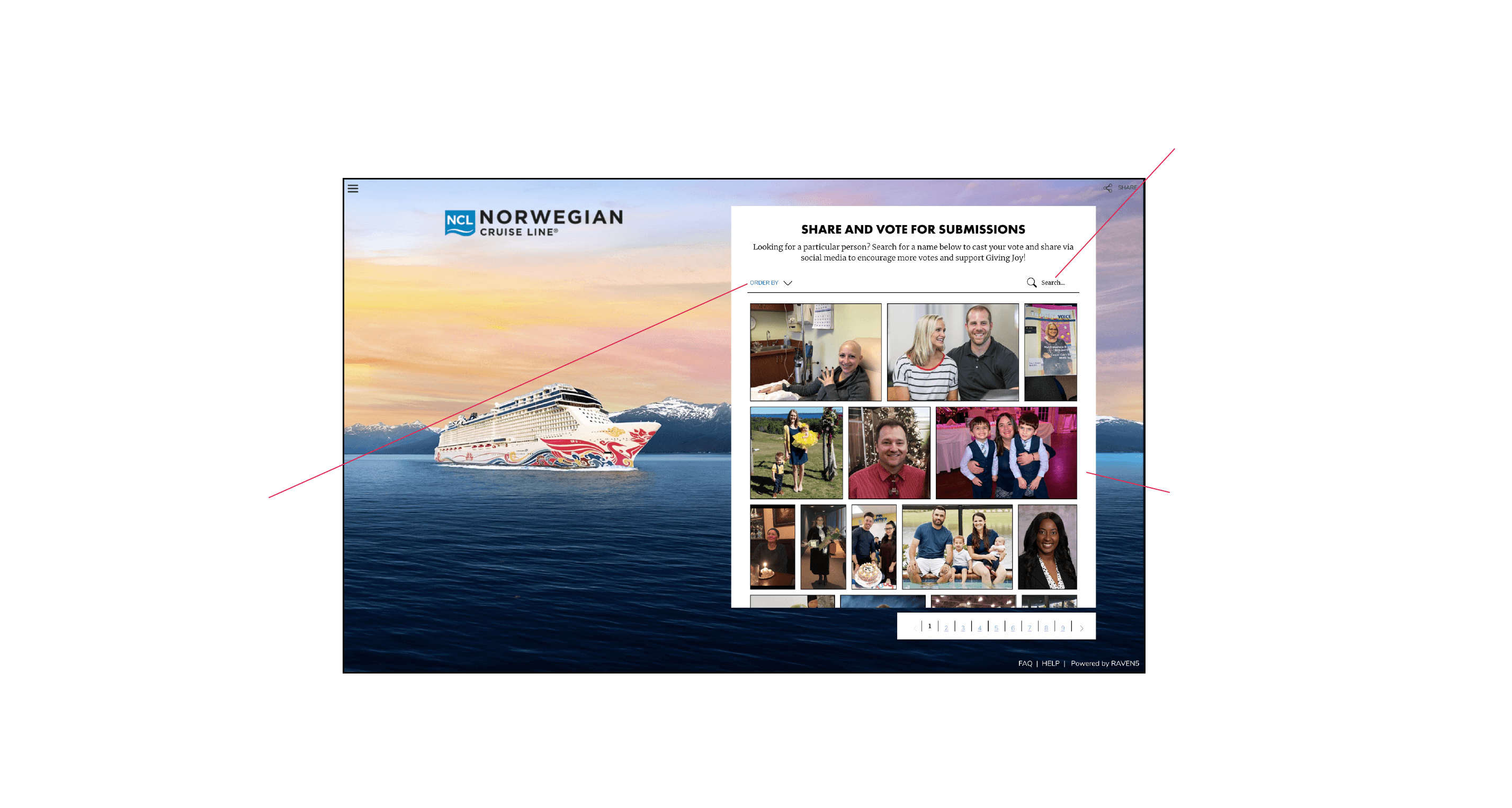 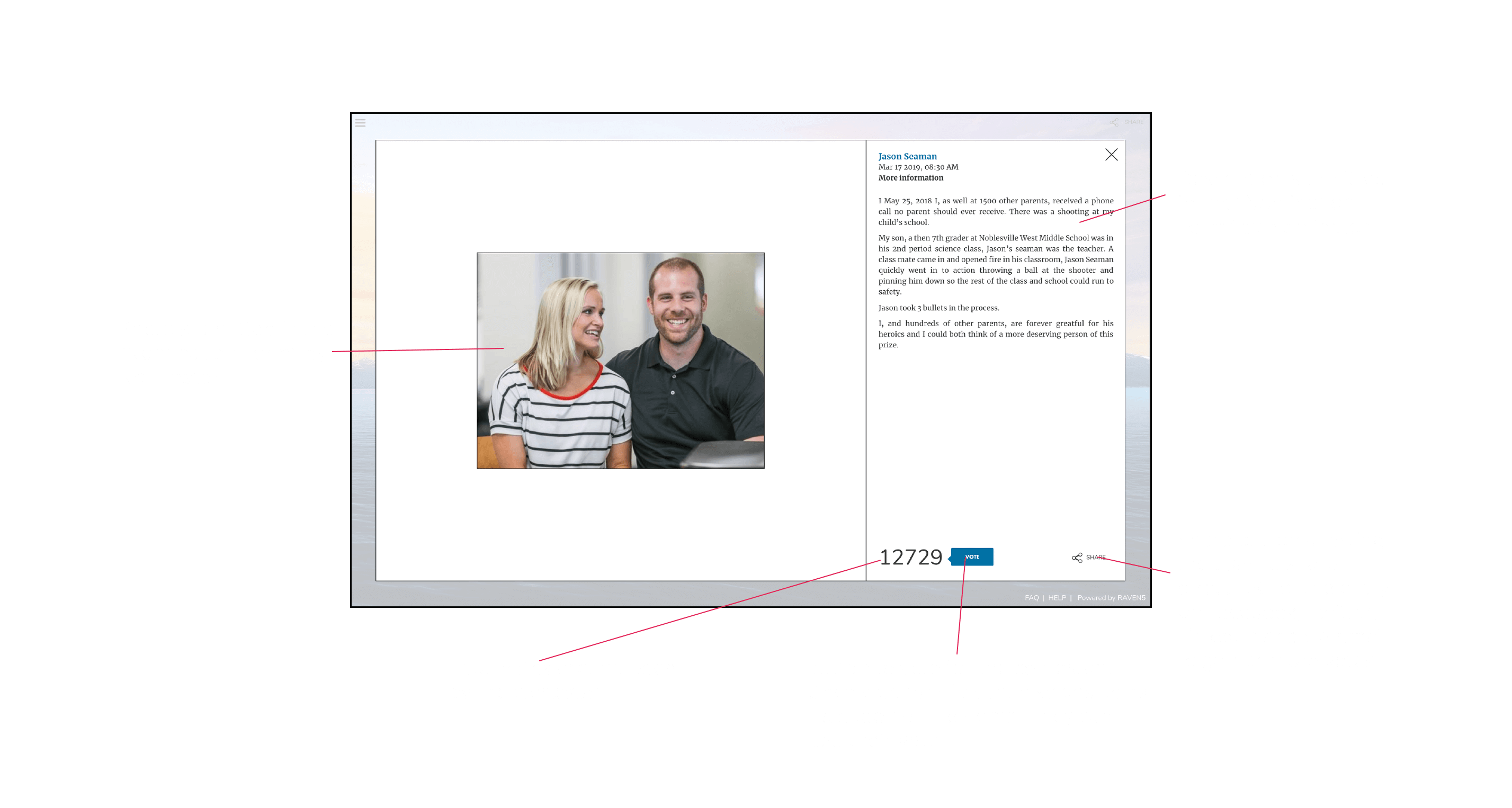 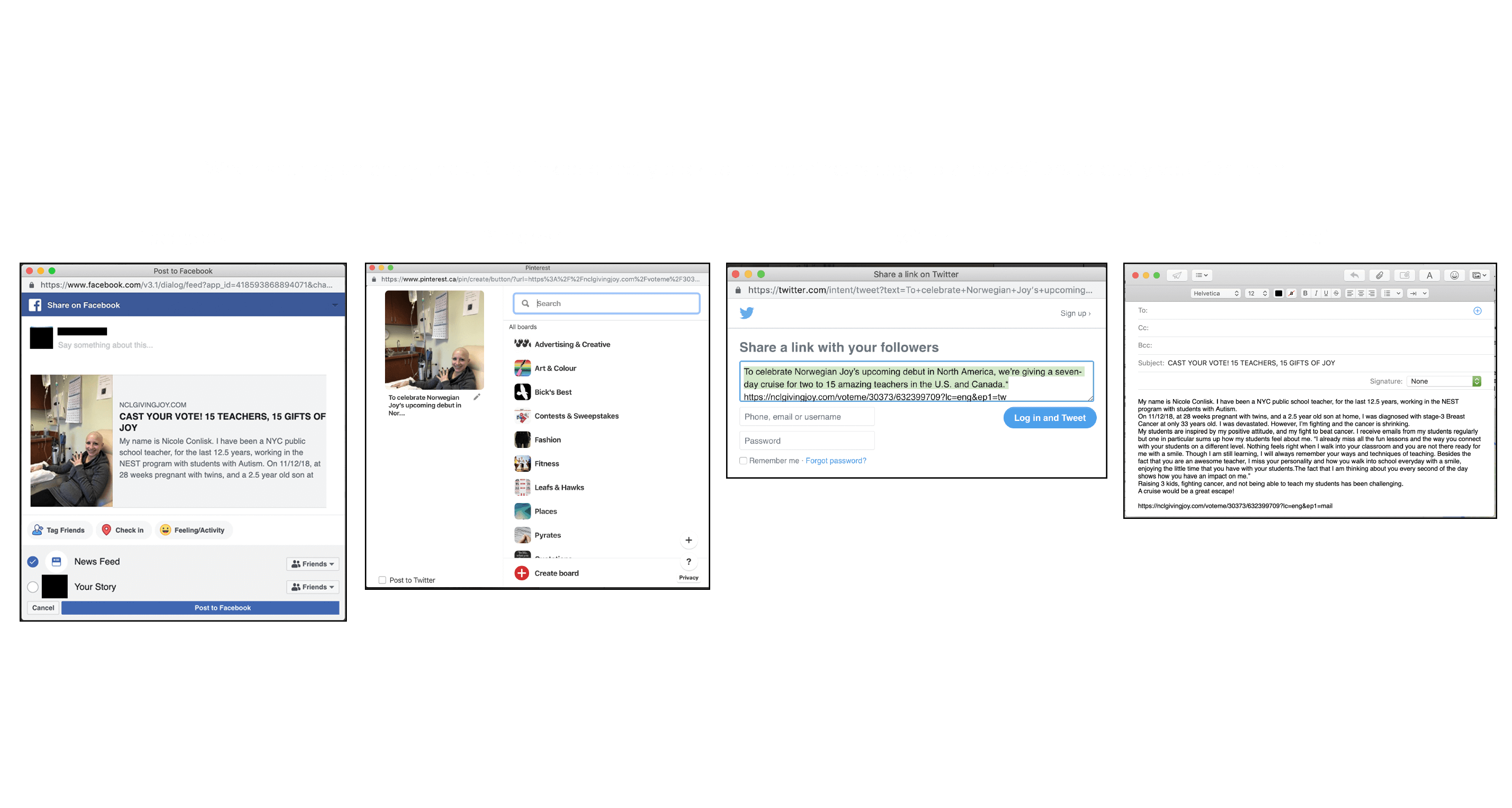 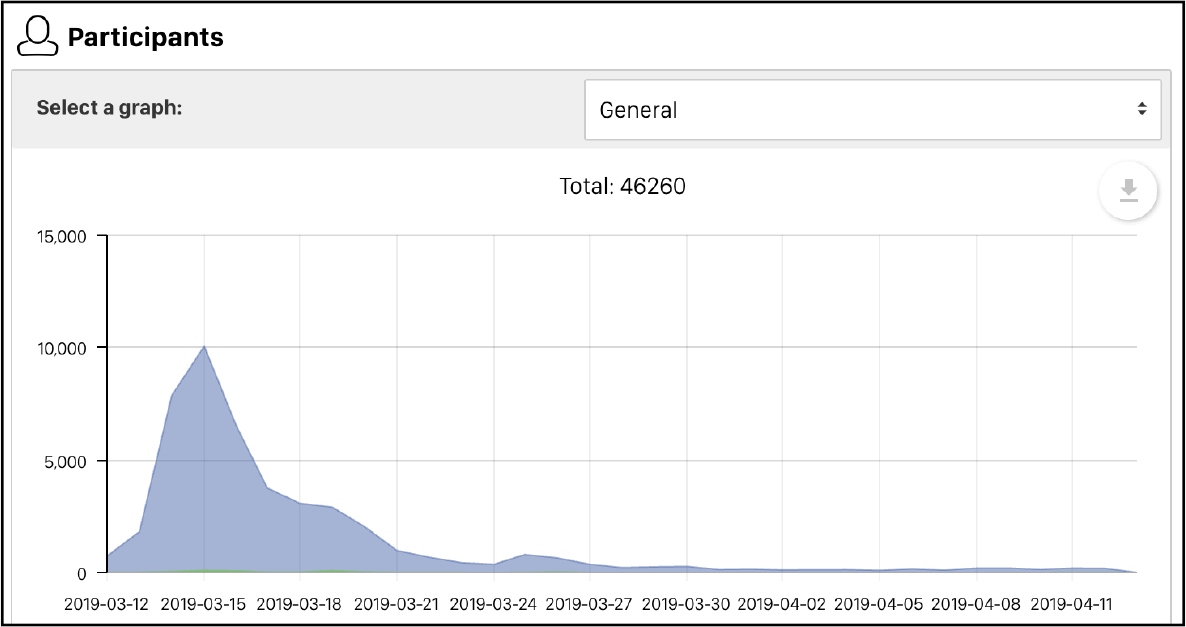 The marketing execution was excellent as the team at NCL leveraged all market facets, press releases, radio, TV, email, social, video, as well as partner and associate marketing and support. The launch activities were both relevant and timely in their management.

The launch and communications by Andy Stuart, President and CEO of NCL, along with some strong personal messaging was a key to the program’s success. The strong, powerful and personal messaging highlighting the program certainly resonated. “I encourage everyone to nominate the teachers in their life,” said Stuart. “This is an opportunity to publicly say ‘thank you’ and recognize the outstanding efforts they make every day.”

Along with the above efforts, the timing heading into Teacher Appreciation Week bordered on brilliant. As such, timing for the program running in mid-March to mid-April worked well.

This particular contest had a certain level of virality and was picked up by local news channels and radio stations. 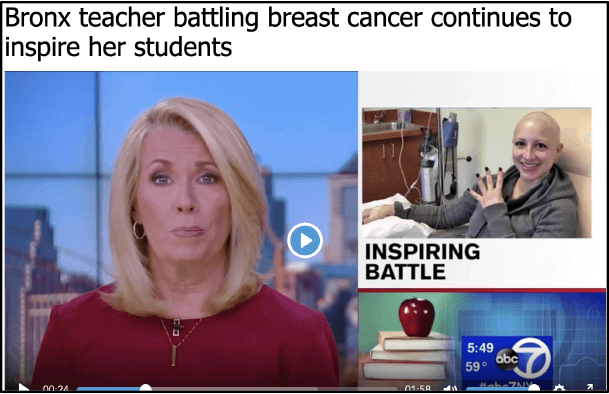 abc7NY reported about Nicole Conlisk being nominated in the NCL Giving Joy contest. 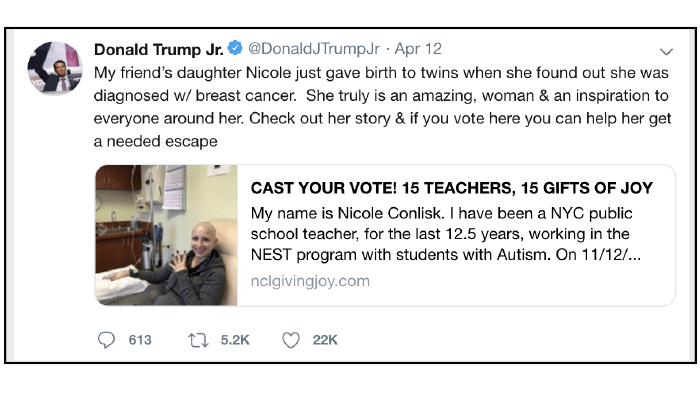 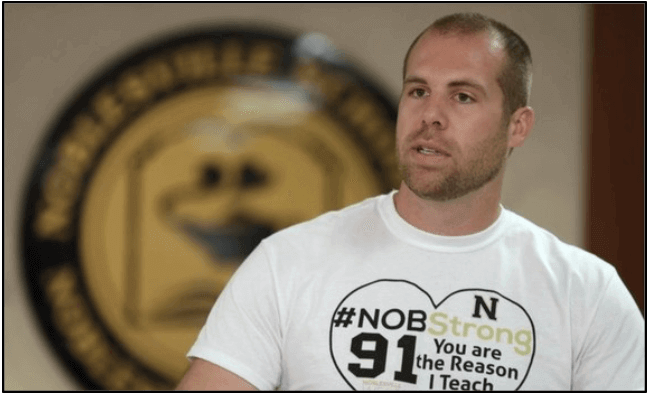 93.1FM (Commercial FM radio station in Indianapolis) talked about Jason Seaman, a Noblesville West Middle School teacher who stopped a shooter last May, 2018 having a chance to win a free vacation in the NCL Giving Joy Contest. 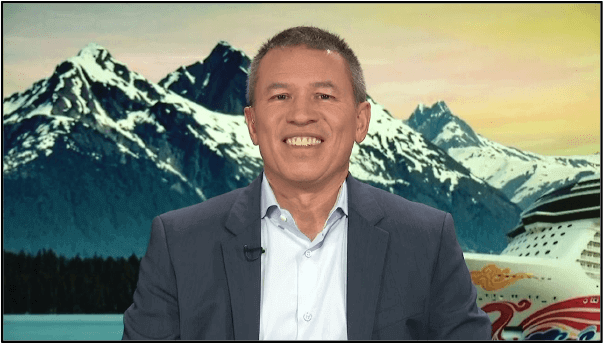 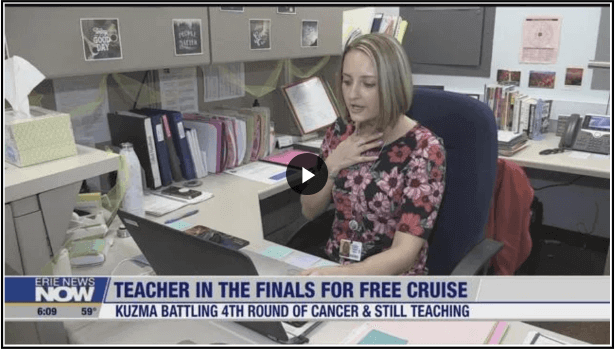 Erie News Nowreported on Ashley Kuzma, one of the finalists from the NCL Giving Joy Contest.

We use Google Analytics to provide deep analysis into users that visited the contest website. 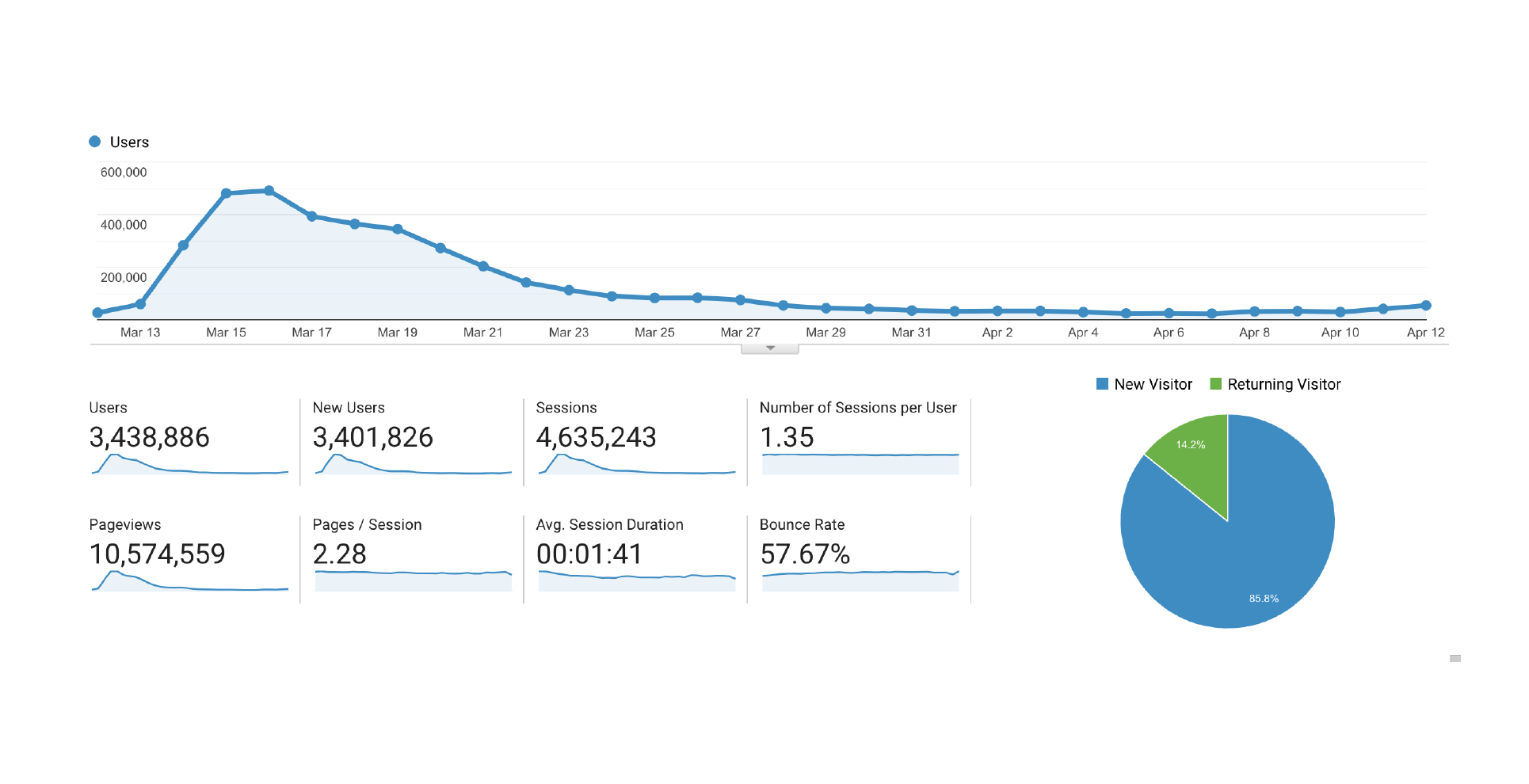 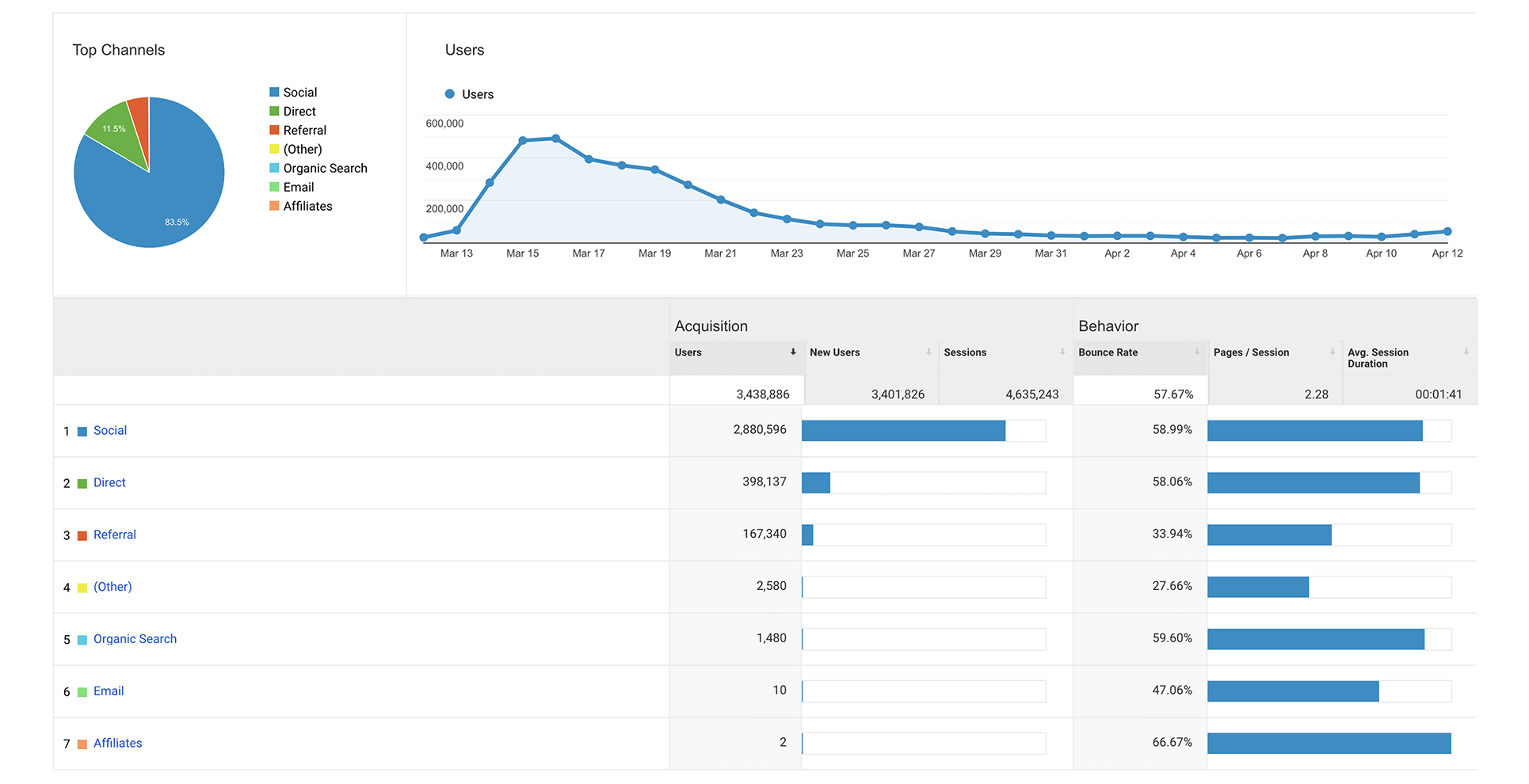 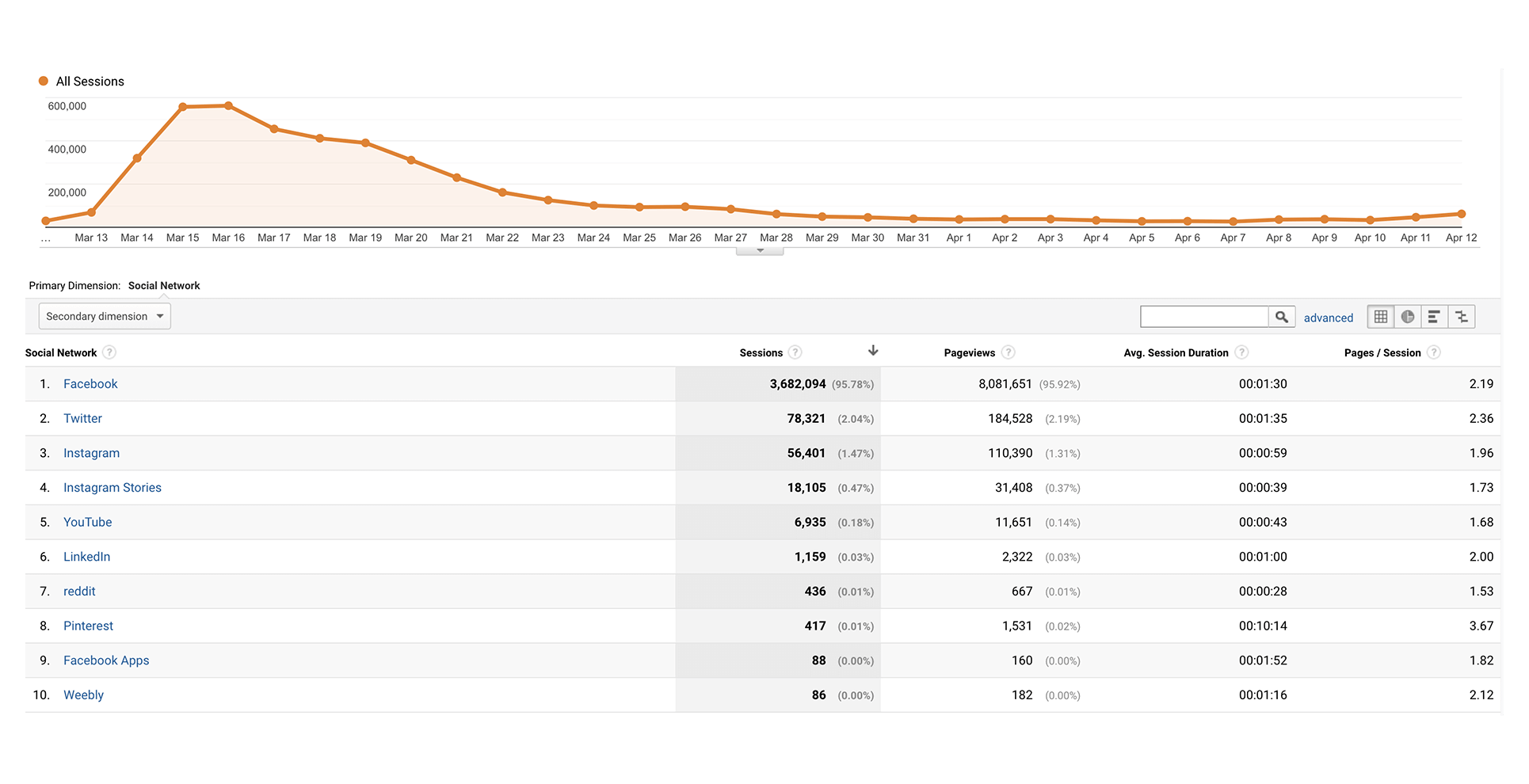 The program launched March 12, 2019 and for 2 weeks through March 26, 2019 gained exceptional traction and continued to hold both entrants’ and voters’ attention for 4 consecutive weeks.

The program received over 15,000 entries in the first three days confirming that the launch activities were both relevant and timely in their management.

The original concept surrounding the launch of giving joy through teachers clearly resonated with teachers, students and parents. The timing heading into Teacher Appreciation Week bordered on brilliant.

It’s apparent that the market was open to this level of engagement with a strong and clear call to action that resonated with both NCL and national audiences alike. The launch and communications by Andy Steward, President and CEO of NCL, along with some strong personal messaging was a key to the program’s success.